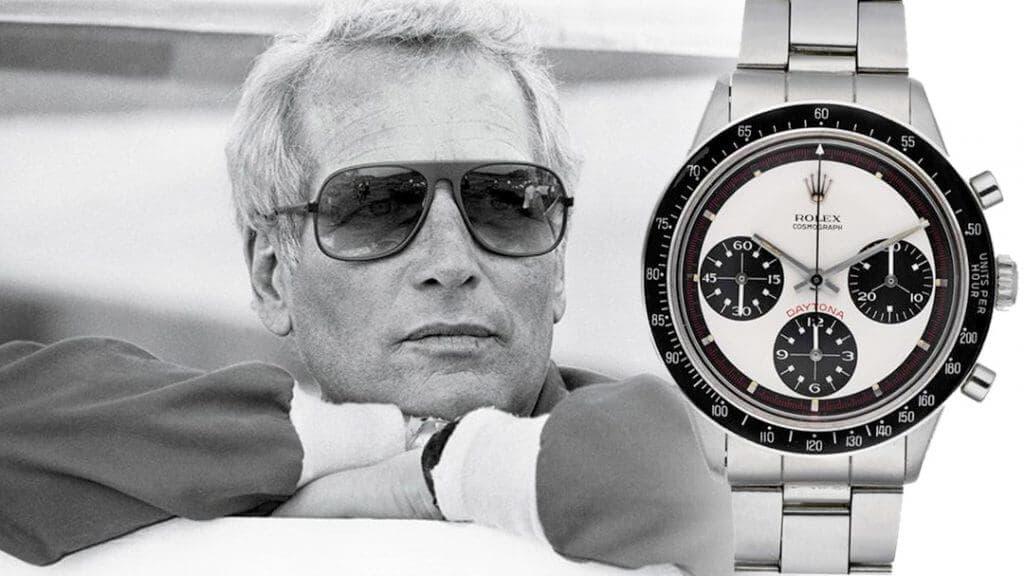 [vc_row][vc_column][vc_column_text]If you’re into your Rolexes, or just into your watches in general, then you’ll not have missed the news that Paul Newman’s original Rolex Daytona has just sold at auction for an eye-watering and world-record $15.5 million. Here at Time 4 Diamonds, we’re massive fans of everything Rolex, so we couldn’t help but find out a bit more about the the sale, the man and the watch.

Who was Paul Newman? 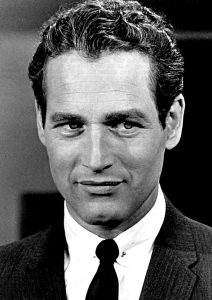 Once one of the most profitable movie stars in the business, Paul Newman enjoyed a varied and successful career as an actor, film director, producer, entrepreneur, activist and philanthropist. But if that wasn’t enough, Newman also added race car driver and IndyCar owner to his already burgeoning CV, competing in a great swathe of events, from the Trans-Am Series to the infamous 24-hour Le Mans race, where he finished 2nd in 1979.

Legend has it that Paul Newman’s Rolex Cosmograph Daytona was a gift from his actress wife, Joanne Woodward, who bought it at Tiffany & Co. on Fifth Avenue for $300 in the late 1960s. Woodward was looking for something personal she could gift her husband both as a memento, but also as an aid to his fledgling racing career - to this end, she had it engraved “DRIVE SAFELY ME”. Popular legend also suggests that the watch was bought during the filming for 1969’s Winning, where Newman plays racing driver Frank Capa, but sadly, the exact circumstances surrounding the famous watch’s origins may be confined to history. What is well known, is that Newman gifted the watch to his daughter’s then boyfriend, James Cox in 1984 saying “...here, take this. It keeps good time”. Needless to say, neither Newman or Cox could have possibly imagined that the watch was to sell for $15.5 million, 33 years later.

Rolex’s automotive-inspired Rolex Cosmograph Daytona model, was originally launched in 1963 and the term “Paul Newman Daytona” refers to models manufactured between then and the mid-1970s, sometime known as the “exotic dial Daytonas”. The instantly recognisable feature of these watches is the contrast black and white or “Panda” dials, that have unusual square-tipped index markers on the subdials. Some of the rarer and more desirable models as far as collectors are 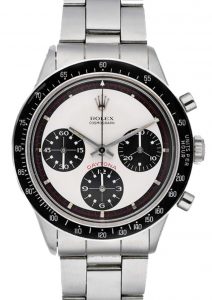 concerned, have red second indexes around the seconds dial, like Paul Newman’s own example. Due to poor sales, Rolex withdrew the “Panda” dial Daytona models in the mid-1970s, ironically prompting a surge in collectability in the 1980s. Famous photos of Paul Newman wearing the Daytona have only helped to make the watches more collectable over the years.

The ‘Mona Lisa’ of watches

Newman’s daughter Nell and the Daytona’s new owner, James Cox remained friends over the years and jointly played parts in the recent sale of the watch at Phillips Auctioneers in New York (only a few blocks down from Fifth Avenue, where the watch was bought all those years ago), where the lot was estimated to fetch a very respectable $1.3 million. However, atmosphere in auction house must have been electric and a fierce bidding war ensued, with the watch reaching a momentous $15.5 million, beating the previous record-holding Patek Philippe 1518. Nell Newman and James Cox have confirmed that a proportion of the sale will go towards charitable contributions to Paul Newman’s foundation.

Where can you get one?